Your My RE/MAX account and all associated data have been successfully deleted.
Discover Real Estate

Held in March, Egypt’s Economic Development Conference unveiled many surprises and well-crafted plans for the years to come, not the least of which was the announcement of Egypt’s new administrative capital. Housing Minister Dr. Mostafa Madbouly announced that the new capital, which has not yet been named, will be located in an undeveloped area east of Cairo on the road to the port city of Suez.


The new capital, which is expected to cover 700 square kilometers, will serve as the new administrative capital of Egypt and will house main government departments, presidential palaces, Parliament buildings, and ministries, in addition to foreign embassies. The plan includes a major theme park, a park twice the size of New York’s Central Park, as well as 660 hospitals and clinics, 1,250 mosques and churches, and an international airport at the site of Wadi al-Jandali Airport. In the initial announcement, Madbouly noted that the transfer of government offices and embassies would be completed between 2020 and 2022.
It was also announced that founder and chairman of Emaar Properties, Emirati businessman Mohamed Alabbar’s company Capital City Partners would be involved in the planning and development phases of the project.
In addition to public sector services, the capital will be equipped to house up to five million people, with 211 residential districts and 25 dedicated districts. According to a report by The Guardian, that would make it the “largest purpose-built capital in the world.” 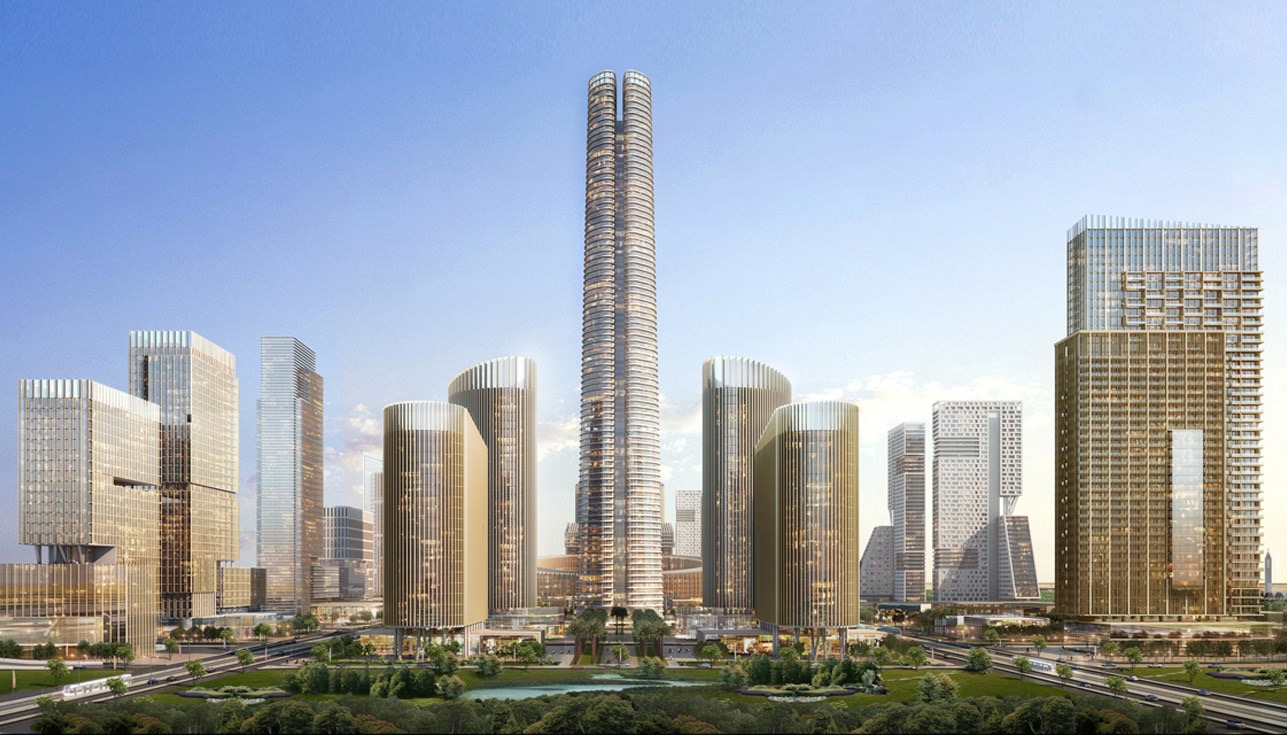 Just one month after the announcement of the new capital, President Abdel Fattah El Sisi announced that the government lacked sufficient funds to carry out the project today, although it is not clear if it will be carried out at a later stage. Al-Ahram daily newspaper quoted El-Sisi as saying that the government’s priority is improving the standard of living and creating housing for limited income families. The report noted that establishing a new administration capital at this time would consume government resources that could be better spent on low-income housing.
Since then, Housing Minister Dr. Mostafa Madbouly has made various statements that the Ministry will proceed with the new capital as planned with the support of the private sector; it is still not clear if the project will be completed within the timeframe that was initially proposed, although news sites have reported that contractors are currently being certifi¬ed to work on the project.
In fact, aside from ministerial updates on the project, the government has said little about the project since the initial announcement, and it appears as if they are keeping a tight lid on communications for now.

The initial announcement created a controversial divide, with some lauding it as the solution to Cairo’s overcrowding, while others criticized as an unrealistic and costly alternative. The bold move would transfer Egypt’s capital from Cairo for the ¬rst time in over 1,000 years. Critics of the project have leveled on the exorbitant cost, which is estimated to be as high as USD 45 billion for the first phase (equivalent to a little over EGP 340 billion). Others doubt whether the first phase will in fact be completed within the planned 5-7 years.
Other critics have noted that establishing a new capital outside of Cairo will not necessarily resolve the capital’s current challenges, which include overcrowding and unplanned growth.
The plan, while ambitious, has many merits; while critics have been quick to point out its potential weaknesses, others have noted that moving government buildings to the new capital will in fact make it feasible for residents to move there rather than commuting daily. By providing jobs, services, and recreational facilities, the new capital may in fact ease some pressure o of Cairo.
Additionally, the New Suez Canal project, which promises to pump new investments to the city of Suez and the surrounding areas, would strategically position the new capital between trade routes in the north and Cairo in the south
Whether this ambitious and promising new project proceeds according to plan or whether the government decides to postpone it remains to be seen; for now, it is evident that resolving Cairo's biggest challenges and making the Egyptian capital a more habitable place is high in the government's priorities. 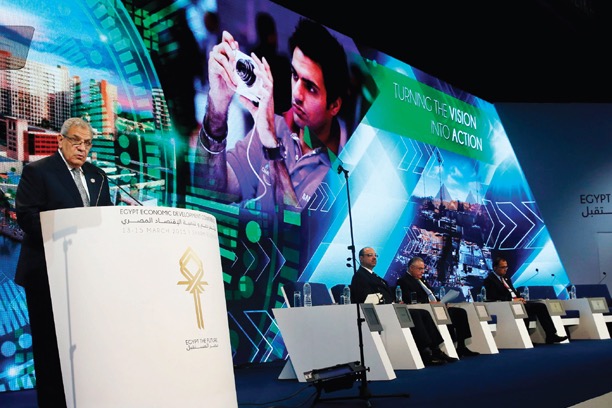